His family, his education, his environment.
How he was led to the "Cursillo for Leaders of Pilgrims".

Eduardo Bonnín Aguiló: a name no one can ignore in the history of the Cursillo Movement, one of the laymen who gave himself wholly from the beginnings, and who is still active in Mallorca as well as Sebastian Gayá, a priest in Madrid. He was born on May 4th, 1917 in a business family which exported grains and dried fruits. The Augustinians were Eduardo’s educators and he also attended school at La Salle College in Palma. His parents hired special professors in order to give their children teachings that would be in accordance with the Catholic Church. At that time, discrimination was still very present in Mallorca, discrimination against everyone whose family name came from jews converted to catholicism and who were compelled, in spite of their conversion, to live in ghettos and to marry within.

So, Eduardo was brought up in profound catholic faith but in a closed circle, with no other contacts than those of his family, with the merchants and the surrounding island rural communities.  He was known to be a highly cultural and religious young teenager, brilliant in his relationships with others in spite of an obvious timidity. He was also renowned for his great sense of humor.

In 1937, Eduardo enrolled in mandatory military service, an experience of major importance in his life, (which service would exceptionnaly last nine years, until 1946). In the army, Eduardo was confronted with all social classes, and with the authentic reality of the young men of his times. Never the less, Eduardo came to the conclusion that the people he was with in the army camp, not only de-christinized but also adverse to religion, were still keeping a series of gospel values (such as rejection of lying and hypocrisy, true maskless joy, open mindness to all classes, sense of friendship etc.).

One day, José Ferragut, architect and president of C.A. for Youths in Mallorca looking for influent people, discovered Eduardo. When they first met, they shared so perfectly the same worries. Ferragut convinced Eduardo to attend the second Cursillo for Leaders of Pilgrims which national leaders of C.A. were to give in Mallorca during Holy Week of 1943. Eduardo was 26 then. Ferragut made sure to tell the leader team members to pay special care to Eduardo.

This short course (cursillo in spanish) was one week long and started with a sort of a closed retreat, in silence. During the week, the priest, spiritual director, gave five sessions, all on the same subject, Grace (in doing so, they wanted to prepare young men in a state of grace for Compostela). Every morning the priest would lead a meditation session and also dispensed sacrements. A layman, ironically named rector (as if in university) was responsible for the program together with a helping team (called professors) who presented on the following subjects, amongst others: prayer, study and action. You will have recognized the tripod.

Aside from the retreat at the beginning, everything was done through communication where sharing was not only permitted but was the most important part of the session. Folk and religious songs were given a great place in setting the atmosphere to be given to the pilgrimage. Groups of ten were formed and each group designated a president and a secretary. A summary of the day was presented in the evening in the form of a "journal on the wall". This session was very intense for Eduardo Bonnín and was to be the turning point, not only for him but also for the future of our Movement.

In 1943, the Catholic Action diocesan council, highly impressed by this first cursillo, began dreaming of a similar session that would boost up christians, not only for a one-time pilgrimage but would affect the day to day life of the communities. The objective of all C.A. leagues is the christianization of communities by the people of the community, hence the talk "study of environments", written by Bonnín. He introduced it himself at the Mallorca seminary, at the Rector’s invitation. Bonnín’s talk was accepted and was part of the second Cursillo for leaders of pilgrims where Bonnín was picked as one of the professors. This talk on study of the environments contained in summary the basis of what was to become the Cursillo Movement.

From this talk, the Council developed a method destined to convert distant people into fervent christians and to revitalize others. A three day outline was prepared. The new cursillo was first given in August of 1944 at Cala Figuera, on the island of Mallorca. Father Juan Juliá was spiritual director, Eduardo Bonnín was Rector, and the professors were Jaime Riutort and José Ferragut, godfather to Eduardo. It was an authentic Cursillo, even though the C.A. leaders believed it was simply a shortened Cursillo for Leaders of Pilgrims. Everyone was thrilled with the success, and it was then decided to repeat the experience. So every year, till 1948, on the island of Mallorca, the one week cursillos for leaders alternated with the new three day cursillo. 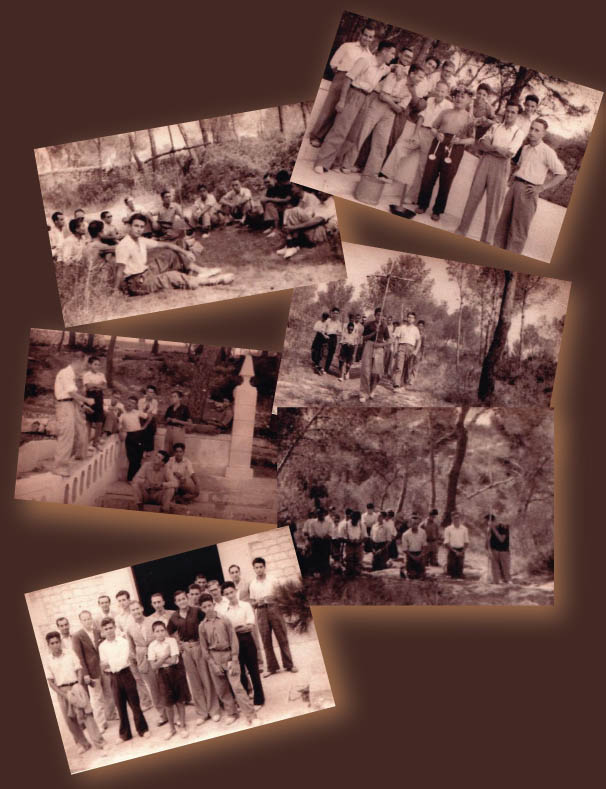 Finally the pilgrimage... A true success!
1949 on, multiple Cursillos every year. 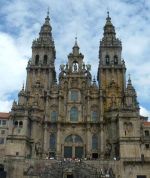 The much publicized pilgrimage "one hundred thousand young men in a state of grace" to the Shrine of St James at Compostela, which had been years in preparation, finally took place in August of 1948. Mallorca did delegate a large group of more than six hundred young men totally because of the fervour built up by the Cursillos for pilgrims. They each had brought a pocket book titled "THE PILGRIM’S GUIDE" which in fact contained nothing on Compostela but only short prayers already used during cursillos. The prayers were written in a surprisingly succinct and direct style as opposed to the style of prayer books of that era.

More than seventy thousand (70,000) men and boys from all over Europe and some from South America finally completed the pilgrimage on August 28, 1948. Upon their arrival Pope Pius XII addressed them over the radio. The rosary was then recited in preparation of the outdoors midnight mass. All churches remained opened all night for pilgrims who wished to use the pews, when there were, for sleeping. The mass celebrated by Spain’s Primate Cardinal on August 29th was the closing event of the pilgrimage.

The return from Compostela was triumphant for the six hundred pilgrims: fifty thousand (50,000) people greeted them at the harbour. The crowd moved on to Town-hall Square where Father Gayá, Catholic Action diocesan chaplain gave all youth a new challenge: "We have been to Santiago to become saints, what next?" That was the year that the slow pace of one cursillo a year was put aside for the faster rhythm of many a month, starting in January 1949.

This is when another pillar of the movement, Juan Capó Bosh made his entrance. He was coming back from Rome, a graduate in Theology at the Gregorian University. He lead the cursillo retreat of January 1949, later labelled Cursillo #1, even though it was really #6

What is the origin of the Tripod: prayer, study, action?

It came from Pope Pius XI in a directive to the Italian Catholic Action which had become very popular.