1. CCM In French
2. In English
3. In Spanish and Portuguese

The Cursillo Movement in Africa

The implementation of the Cursillo in Christianity Movement on the French West Coast of Africa began in December 2003, in BENIN, under the impulse of the Francophone Cursillo Movement of Canada.

Two years later, the CCM was introduced in the neighboring country of TOGO. Its expansion in this country has been remarkable. It has spread in four dioceses and togolese cursillistas have help introducing the Movement in Burkina Faso.

In 2012, the CCM started in a third country, BURKINA FASO, after two years of intensive preparation, guidance and support from the MCFC through its special Committee for the International Expansion of the Cursillo Movement (CEI).

In June 2009, the Cursillo Movement has been successfully introduced in Durban, SOUTH AFRICA, by Cursillistas from Gibraltar and Ireland. Francis Napoli, Gibraltar - then President of GECC (the European International Group) - has been Rector of the two founding weekends.The CCM is already enrooted in two dioceses, in South Africa. (see Hannes Landman's message)

In March 2014, Francis Napoli [mandated by the OMCC to handle expansion in Africa] took a team from South Africa and a friend from Ireland and launched the Movement in the Archdiocese of Tororo in UGANDA with great success. They then moved on to the diocese of Jinja and held a Cursillo there for 39 candidates. Commenting on the news, Mr Napoli added: "It was as expected a great experience for all and they are now programming their first Cursillo for the month of September".

The Cursillo Movement was introduced in TANZANIA as early as 1965 (see Revista Tripode, Venezuela No.20, p. 26) but there was no follow-up (The same thing happened in Rhodesia - now ZIMBABWE - where, introduced in 1966, the CCM does not seem to have prospered long). However, efforts are underway to reintroduce the Cursillo Movement in Tanzania. The OMCC Monthly Letter of August 2012 tells us that "A team from Tyrol, led by Renate Walcher and Fr Andreas Tausch, is working to introduce the Cursillo Movement in TANZANIA, counting on the participation of Father Matthew, a priest of Idete [a town in Tanzania]. Francis Napoli invited him to live a Cursillo in South Africa in September." In July 2014, in a personal letter to us, Francis adds: "I am co-ordinating dates for a meeting with Polycarp Cardinal Pengo of Dar es Salaam who has kindly invited me to make a presentation of Cursillos to him with a view to obtaining his approval for the launching of the Movement in Tanzania"

Plans are also underway for the implementation of the Cursillo Movement in other African countries.

"I also have an invitation from  Archbishop Matthias Nketsiah of Cape Coast in CHANA to visit him for the same purpose: obtaining his approval for the launching of the Movement in Ghana.

MAURITIUS has given the go-ahead and I am also working on possible dates for next year. We will also be launching Cursillos in LESOTHO in February 2015.

The Cursillo Movement has also been introduced in Southern African Countries by the Christian Methodist Church, which has "Walk to Emmaus" Communities in many localities of SOUTH AFRICA, SWAZILAND, MOZAMBIQUE, and ZIMBABWE.   Walk to Emmaus is also on the West Coast of Africa, in GHANA.

On the East Coast, the Cursillo Movement was introduced  in KENYA by the Anglican Church, and in MALAWI by the Episcopalians.

In Spanish and Portuguese

The first Cursillo in Africa took place in 1956 in the diocese of Tangier, MOROCCO, which had been a Spanish protectorate. (see website Valparaiso, Chile). But the CCM life in this country was short; it stopped with the departure of the Europeans after its accession to independence (see Revista Tripode, no.5, p .27)

In 1960, it was established in EQUATORIAL GUINEA, Central Africa. The Spanish magazine Kerygma* talks about the constant progress of the Cursillo Movement in this country where it is present in all three dioceses and enjoys the support of a Guinean bishop who made his Cursillo: 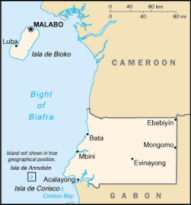 "Cursillistas from Barcelona (Spain) were responsible of its foundation. Members of Barcelona School of Leaders spent weeks training Guinean cursillistas leaders. Their first session was held in Bata with the help of the Salesians who have always been favourable to the Cursillo. They also went to Niefang, Ebibeyin, Mokom and to Kogo. In the diocese of Ebibeyin, they were happy to meet the new bishop, Mgr Alfred M. Oburu, who calls himself "a big brother of the Cursillo" and who has been candidate to the Bata Cursillo weekend #18. The maturity of the Bata cursillistas is remarkable and keeps progressing year after year.(Journal of the National Secretariat of Spain in Madrid, # 114, p.32.

During his apostolic visit to Bata (Equatorial Guinea) February 18, 1982, Pope John Paul II stressed the particular contribution of the Cursillo Movement in the life of the Church in this country:

"You, all committed lay apostolic movements, particularly in the Cursillo, offer an increasingly decisive contribution to the Church's life without getting discouraged by the difficulties that stand in your way." (https://www.vatican.va/holy_father/john_paul_ii/homilies/1982/documents/hf_jp-ii_hom_19820218_bata-guinea_sp.html)

In 1963, It was introduced in the Portuguese colonies of MOZAMBIQUE and ANGOLA. (see Revista Tripod, Venezuela No. 9, p. 24) but we do not know what has happened since then.